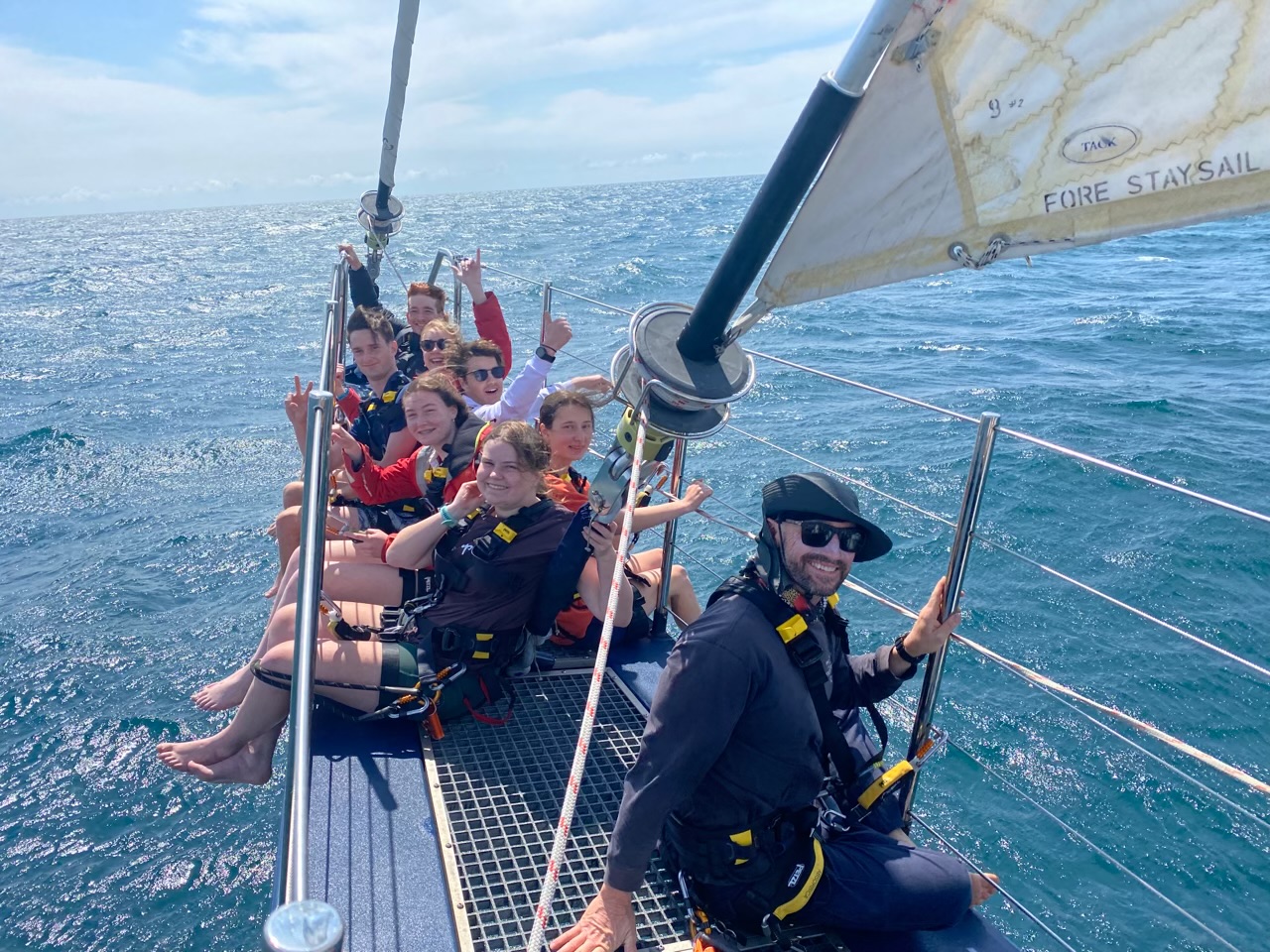 Ahoy there dear readers, we’ve had a great run south since departing Byron Bay this morning around 0830. With freshening northerlies hitting 30 knots at times, we were flying along with all squares out, averaging 8-10 knots on a lovely, broad reach. We braced for the storm around 1900 off Yamba, but thankfully we were able to dodge the worst of it. The lightning show however was spectacular. Currently motorsailing SSW at best speed, as the wind has abated somewhat and we’re looking to find some shelter as the southerlies strengthen, day after tomorrow. Anyway, please enjoy tonight’s log by Tae and Severin: We started the day nestled in the beautiful Byron Bay. The ocean was tamer than previous days and we had the wind at our backs starting us on our voyage. At this point most of the crew had recovered from their sea sickness. These winds allowed us to set the square sails for the first time once we left the shelter of the bay. We climbed the main and foremasts in winds of up to thirty knots, climbing up with some transferring across the yards of the Top Gallant, Topsail and Course to loose the knots holding square sails. Crew resting on the deck and enjoying the sunny weather were at times caught unawares by the rocking of the ship, and slid into the railings. Crew members sitting on the bowsprit clung on, strapped in and enjoyed the exhilarating swell. The crew also enjoyed spectacular sightings of whales and dolphins as we sailed down the east coast of Australia. Cap’n Charlie Farley gave us the most invigorating lesson on sail theory we had laid eyes on and lent ears to, imparting upon us lessons of physics and sailing. Watch officer Chucky graciously shared his wisdom regarding the road rules of the sea to the youthies, teaching us about buoys, sea etiquette and the meaning of different horn blasts and flags, citing the youthies counted as dangerous cargo and we should be flying the Bravo flag (dangerous goods flag). We spent the evening serenading in the cafe with Charlie and Josh playing guitar, with everyone else playing Uno and singing along, except the white watch crew, who were braving the storm that had just rolled in. They were treated to some spectacular views of streaking lightning across the night sky. Signing off, Severin P.S. Lots of love to Mama and Dad, I’m having the time of my life, see you soon – Severin   Signing off, Tae Stoked that you helped me embark on this great adventure love you mum- Tae. 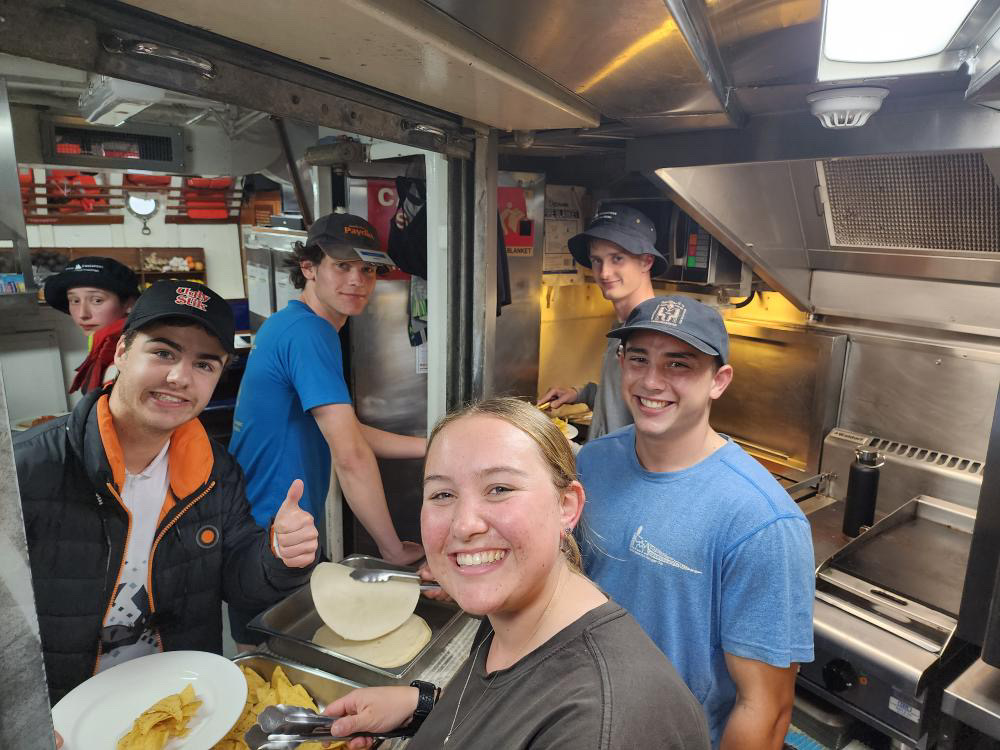 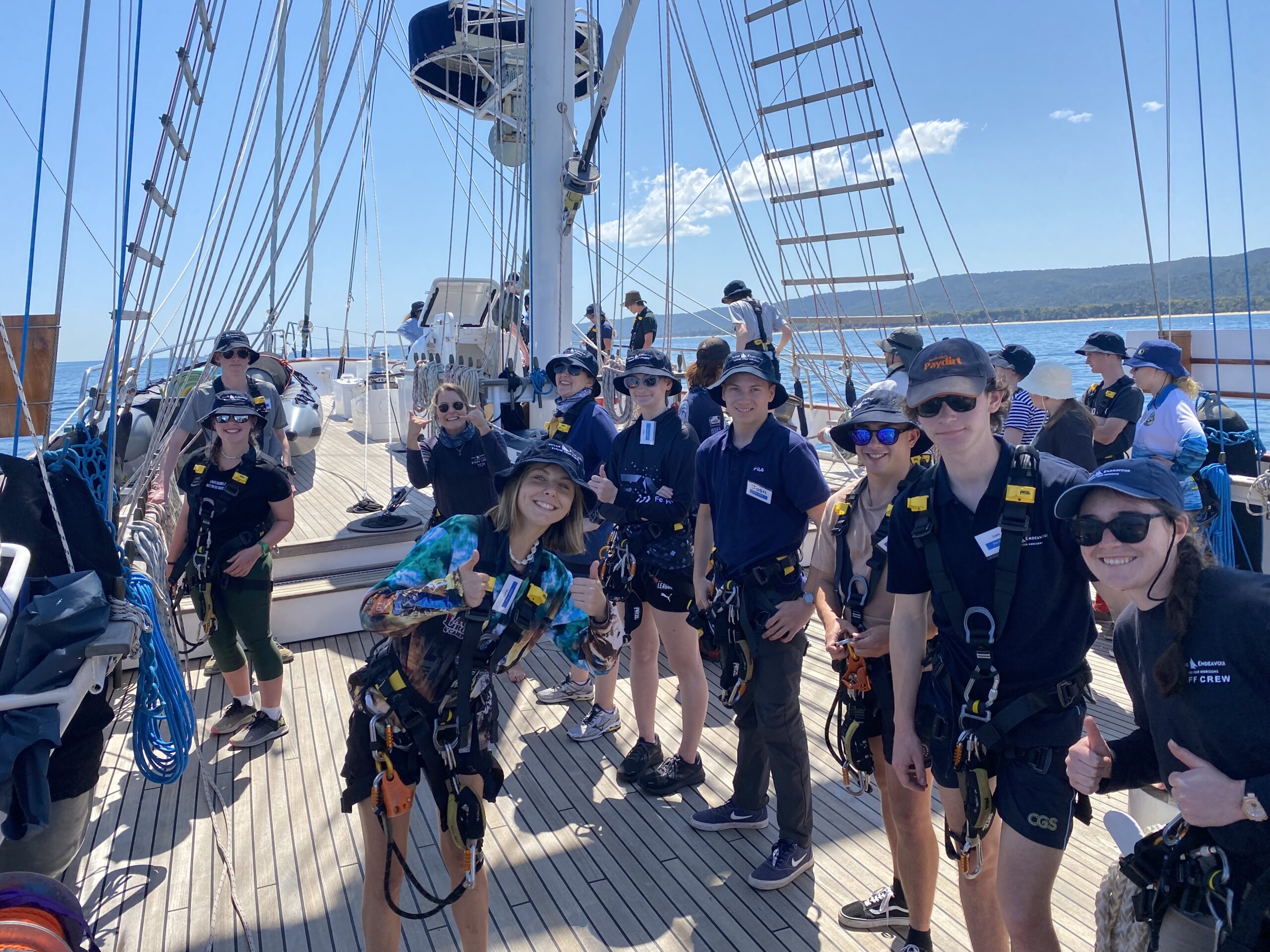